Almost exactly a year ago, God began to teach us lessons that not only were we not expecting, but also we were not prepared for in so many ways. Last March, we started on an adoption journey that, of course, has changed our lives in the most difficult and rewarding ways. A tiny background to our adoption story: over the 2011-2012 school year, I was working at a college for intellectually- handicapped students. One of the students became pregnant over the 2011 Christmas vacation. When the faculty and staff were told about this pregnancy, I knew instantly that God had a plan for us to be involved in that little munchkin’s life. In fact, that very night, I went home and told Denny that I felt weird when the announcement was made because somehow I knew that God was telling me to open my heart to this newly-formed life. Denny and I have been married for a little over 6 years without the ability to have children, but had only recently started to even consider adoption as a possibility. We had no knowledge of the adoption process. We just knew that in general, if God wanted us to have a child, we would have one. Then one day, as I was teaching a class in the gym, Linc’s birth mother came up to me, and so eloquently asked, “So, hey, Mrs. Vauters, do you want him?” From that point on, the journey for Lincoln took us up steep mountains and into deep valleys – with many cliffs and stumbling points along the way. Through this intense journey, God taught us many lessons. 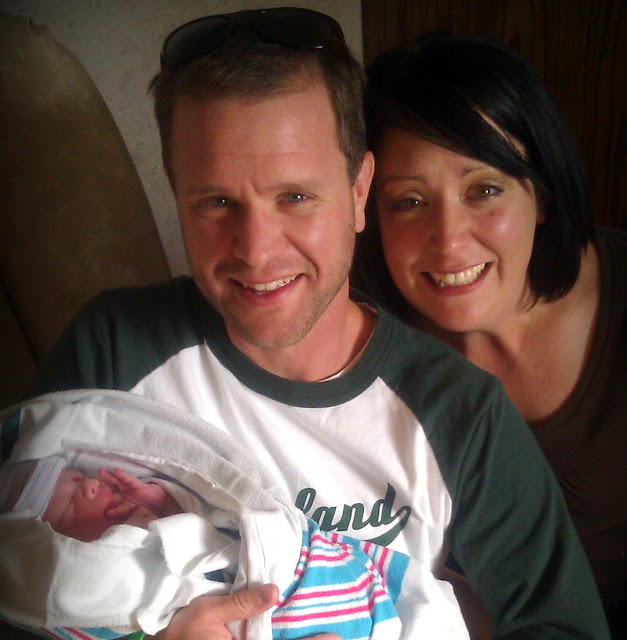 Firstly, God is teaching us more about His faithfulness and love. In my head, I know that God is faithful. Even in my heart, I know that God is faithful. I have seen his faithfulness to Denny and me more times than I can count. But our understanding of God’s faithfulness became richer and deeper with this adoption experience. God was faithful to us when we were told by the birth mother’s parents that we could adopt the baby, only to find out 6 weeks later that that the birth father’s mother was going to fight the adoption every step of the way. The whole summer last summer went back and forth like that, but God was teaching us that He was faithful no matter who else was not. We could trust Him for our best.  A huge part of this adoption process for me was daily dealing with a birth mother who struggled with placing her baby for adoption because she was given up for adoption by parents who did not want her. Also, she struggles with emotional and intellectual disabilities that do not always allow her to reason correctly. Both of those variables caused Lincoln’s birth mother to change her mind many times during the adoption process, causing massive confusion for our emotions. However, God taught us that his faithfulness does not mean that we always get what we want or have situations proceed smoothly, but that we can trust in a God who never lets us go and who is always a compassionate Father. During difficult times on difficult days (and there were many), I would sing to myself: 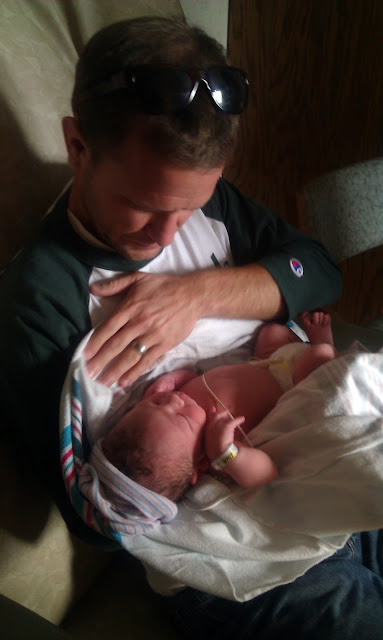 Secondly, God is teaching us more about our own profound inadequacies. The journey for Lincoln was beyond what we could bear on our own. Never have our emotional, physical, and spiritual lives been so upended. Before this adoption journey, I would have described our lives as mostly neat and orderly. Everything was organized and well-planned. Everything was systematic. And then God decided to open our hearts to Lincoln – and believe me, absolutely everything about our neatly-ordered lives changed. I have always struggled with wanting to have the illusion of controlling my circumstances, and God brought me to a place of submission about that. I had to let go of the control I so desperately wanted and let God do a work in my heart. To let go of my illusion of control meant a few things: I needed to open my heart to feel deeply. That was probably one of the hardest parts of this process for me. Each day, not knowing what Linc’s birth mother would be thinking, but knowing that I had to face whatever was thrown at me that day truly brought me to my knees. I told myself hundreds of times a day that God is good, and He gives good gifts to his children. If we were not going to end up with a child at the end of this process, then I needed to fully accept that that was God’s best for me. Transparently, that is not an easy lesson to accept. Denny and I came to the point of truly wanting God’s glory to be revealed through the situation, whether that meant deep hurt for us, but I came to that conclusion slowly and stumblingly. I wrestled with the Lord on a daily basis, and would sing myself songs and rehearse Scripture over and over as I struggled with my confusing feelings. Two days before Lincoln was born, I was at a doctor’s appointment with Lincoln’s birth mother, and at the appointment (on his actual due date), she told me that she was planning to keep the baby. I dropped her off after the “announcement,” and I literally could not even drive home because I was crying so hard. I prayed the whole way home for submission to God’s will. 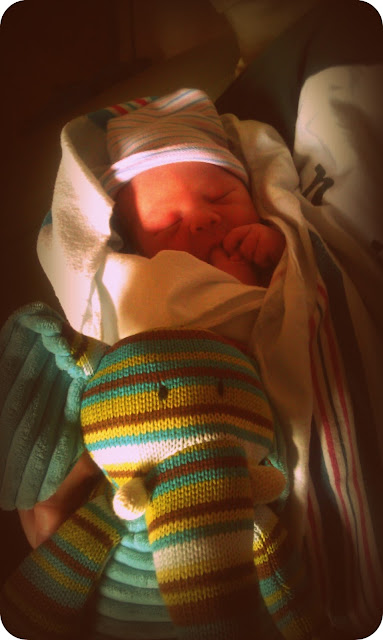 Also, letting go of control meant that I had to trust God instead of fearing what could happen. Both of Lincoln’s birth parents are disabled. Because I spent so much time with Lincoln’s birth mother each day, I knew the possibilities of the disabilities that could be passed down to Lincoln. However, neither of us knew that Lincoln’s birth father also has severe intellectual disabilities until the day we met him at the termination hearing. So, I mentally and emotionally prepared myself for the worst instead of trusting God’s goodness. But Denny challenged me to hope in God. Not to just flounder along with an undefined expectation, but to trust in a God who gives to his children far above what they could ask or think. As Lewis once said, “I asked God for answers and his answer was Himself.” 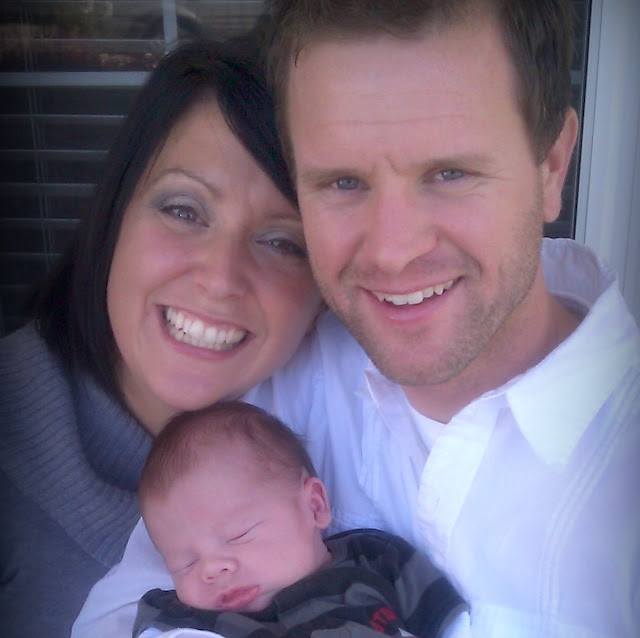 Thirdly, God has taught us more about his rich blessings. I look back over the past year, and see the most difficult year of our lives. We struggled in almost every area along with the stress of the adoption journey: adopting Lincoln and the loss of Denny’s job happening simultaneously were financially more than we could handle, the stress in our lives from the adoption was complicated by family issues and other issues. At the termination of parental rights hearing, we met Lincoln’s birth father and his mother, Lincoln’s grandmother. Initially, she was hostile to us, misunderstanding much of the process of what had happened up to that point. The Holy Spirit tugged at my heart, and led me to offer Lincoln to her while we were waiting for DNA testing. That was probably one of the hardest things I have ever done because I wanted to cling to Lincoln, but as soon as I gave him over to her, she started sobbing, and we were able to sit down for about an hour and explain our love for Lincoln and our desire that she let us adopt him. The Lord used that hour to change her heart, and richly bless us. As I see the “heat” that God has given to us, I see it as the means that brought about God’s rich blessing to us. We have the blessing of having been changed (and still being changed). It’s hard to verbalize or explain, but through this journey, God has opened up our hearts to a deeper sensitivity to his working in our lives. He developed in us a greater love for hearing his word preached and discussed. He has shown us more deeply our thankfulness for what he has saved us from and the undeserved grace he has extended to us at the cross. Ultimately, He has blessed us with a son: a beautiful, little boy (and for those of you who know him, he is anything but little). 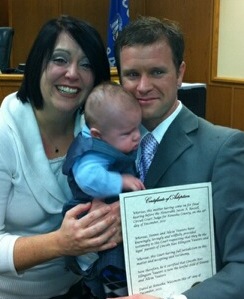 Some days, I struggle to “make it” with the daily stress of an infant and other life circumstances  God has for us right now, but on days like that, I will “count my blessings,” which are beyond counting.

The verse we picked for Linc’s dedication is I Samuel 1:27.  Lincoln officially became a Vauters on December 18th, but I know that God designed our circumstances so that we were given so many other lessons for us to learn about His character. How thankful we are that the answer through life’s questions is God Himself! 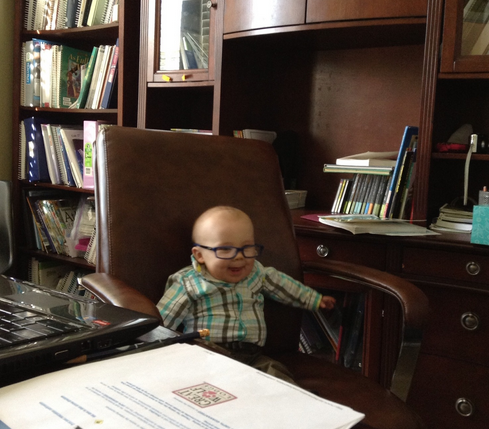